The Importance of Raw Materials (Gravel/Sand) in the Supply Chain

Natural resources are the building blocks for many industries. Specifically sand and gravel are two important components of modern construction: concrete and asphalt.

Where does most of our sand and gravel come from?

Since sand, gravel and stone are inexpensive to obtain, sensible logistics suggest it’s not economical to ship these materials long distances. The production of these materials often rises with demand for construction activity. United States sand and gravel production was strongest in the West, although sand and mining companies operate in all 50 states.

But where these materials come from for any given company depends on what’s available through its chosen supply chain. According to the USGS, the five leading States were, in descending order of total annual output for 2019, Texas, California, Florida, Ohio, and Pennsylvania. 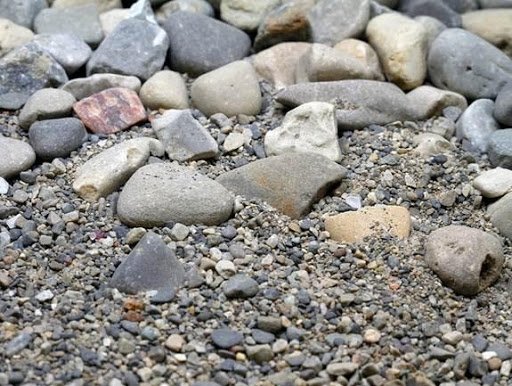 How is sand made?

Sand develops from tiny rock fragments in various environments, mainly from an erosion process over many centuries. As rocks move down a river they break down into smaller particles, ultimately to become sand. Rocks in the ocean are broken down by waves. Over centuries of wear and tear, these fragments become granular and commonly part of soil. For construction use, sand is further refined to make aggregate.

How is gravel made?

Gravel or crushed stone is one of the most common and abundant mineral commodities. It’s inexpensive nature to produce and ship makes it a very important raw material. In 2017 alone, the U.S produced almost 1.5 billion tons of crushed stone. But how is it made?

Most gravel is unconsolidated rock fragments that are made of sandstone, limestone, or basalt. Gravel is naturally obtained in nature by erosion and weathering from the elements. However, to get the high quality construction-grade material, large stone are broken down to create a final product.

Are the origins of sand and gravel different or do they come from the same place?

Sand and gravel are different, as not all types of either are adequate for construction. Qatar and Kuwait, for example, are leading importers of global sand and gravel even though both nations are rich in desert sand. But desert sand is too smooth to be used for concrete. Sand formed by rivers and glaciers rather than wind yield a more coarse type that works better for concrete. Sand from various types of geography mostly comprises silicon dioxide, aka quartz.

Builders of high performance concrete pay attention to ingredients, as lower quality rock is easy to chip. Sand, used to make cement and asphalt, is made up of small particles categorized by size (.075 mm to 4.75 mm). Gravel is categorized as having particles larger than sand (4.75 mm to 76.2 mm).

What are the key industries that use gravel and sand for production?

The main industry that uses gravel and sand is residential and commercial construction. The transportation industry uses aggregate for multiple projects. Gravel and sand extraction is typically controlled by states, local governments and private companies. Key large projects that use aggregate include roads, bridges and runways.

How do we measure the quality of sand and gravel in terms of where we get them?

The definition of “good gravel,” according to the EPA, depends on the region, available aggregate from local sources and other factors. Generally, the best sources are usually limestone, quartzite and granite. Other quality sources include glacial deposits of stone, sand, silt and clay. A mix of stone and sand found at rivers is a common solution. 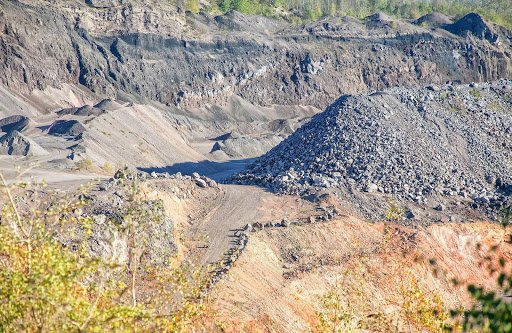 Different types of sand and gravel are used for different types of construction projects. Gravel only works well if it’s the right mixture of stone, sand and fines. Without processing such as crushing, gravel lacks the necessary gradation for most construction. Each state has its own specifications, which should be consulted when testing aggregate for quality.

Are there safe alternatives to derive construction materials from the land?

The United Nations Environment Assembly issued a report designed to open up dialogue, interaction and collaboration about treating sand as a resource important as air. The report called for tracing sand from its source to its buyer to study how to make usage of sand more sustainable in the 21st century. Alternatives to standard materials can be recycled ash or recycled aggregate waste.

What type of large scale mining equipment goes into the supply chain (consider the heavy machinery to mine, the large transport vehicles, and then getting materials to construction sites)? 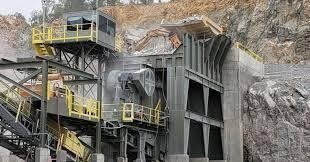 Once sand and gravel are mined, how are they transported/imported into the United States? 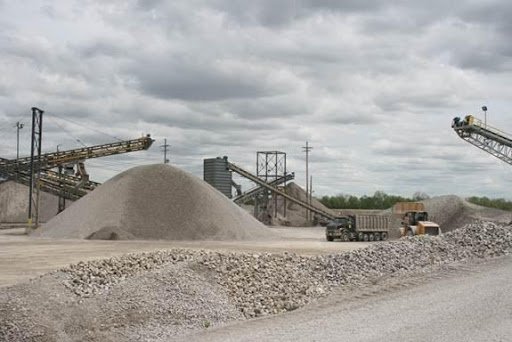 Are sand and gravel renewable resources?

Neither sand nor gravel is considered a renewable resource by scientists or economists. Both materials develop over thousands of years from erosion. Unfortunately, sand and gravel are extracted at a rate much faster than they can be replaced by nature. Construction booms have been rapidly depleting supplies, as most desert sand is unsuitable for building purposes.

How much sand/gravel does the United States consume every year?

Sand and gravel are the two natural resources most in demand, according to the USGS. A recent study shows that the average level of aggregate consumption in the United States each year is 10 tons per person. That’s about 80 times more than the average consumption by Americans of the early 20th century. The global population consumes as much as 50 metric tons each year.

What types of projects take the most materials?

The most used material in construction is cement. The largest types of construction projects include airports, railways and highways. Just one mile of highway requires 20,000 tons of aggregate per lane that goes into maintenance and repair.

The largest types of gravel used in construction are composed of coarse crushed limestone, which supports heavy loads. Pit and coarse sand is a strong solution that allows for making smooth cement. Crushed stone aggregate is helpful for drainage. Due to its coarseness, fine limestone gravel ensures solid surfaces. River sand is also favored in construction for its finer coarseness that produces a smooth finish.

Are there differences in the sizes of sand and gravel? What are these different sized aggregates used for?

Crushed stoned is used for many construction projects as well as inputs for making concrete and asphalt. Here is a chart for the various sizes of crushed stoned and their specifications in Pennsylvania. 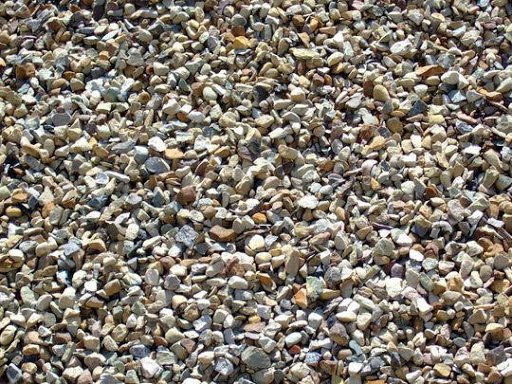 How large is the sand and gravel industry in the United States?

The U.S. sand and gravel mining industry is valued at $13.5 billion in 2020, according to IBIS World. Transport of materials is closely tied to mining companies that provide their own vehicles, which are mainly trucks. In the U.S., sand and gravel ranks as the 443rd largest industry, which has benefited from federal subsidies over the past decade and from the American Recovery and Reinvestment Act.

While demand is rising for both sand and gravel as materials, governments watch the pace of extraction to conserve resources, utilize recycling and search for alternatives. In 2019 the global demand for sand and gravel was 40 to 50 billion tons per year. During a typical year, over 6 percent of total U.S. rail freight comprises construction materials. This equates to over 800,000 carloads of crushes and broken stones and over 215,000 carloads of cement.

Do we import or export gravel/sand more often?

According to the US Geological Survey, only a small percentage of aggregate is imported into the United States each year. Most imports come from Canada, often as a result of a need to supplement local shortages. Limestone deposits are plentiful in the Central and Eastern states, while granites are commonly found in the East and West.

The United States is by far the largest producer of sand and gravel in the world, according to Statista, producing 110 million metric tons in 2019. Other major producers, but to a much lesser degree, include the Netherlands, Spain, Turkey, Italy and India.

Sand and gravel deposits in the U.S. mainly come from open-pit mining, in which there are now less than 2,000 open-pit mines operating across the nation. A heavy concentration of these operations exist in the Northeast, although sand and gravel extraction is performed in all 50 states.

In 2016 about 1 billion tons of aggregate were used by domestic builders, according to the USGS, while only about 3 million tons were imported, mainly from Canada. Other nations, such as China, import a higher percentage due to demand outstripping local supply. By contrast, China is the largest cement producer in the world. The combination of China and India account for two-thirds of global cement production. Furthermore, demand for cement in China has exploded by 430 percent the past few decades, whereas it’s only increased by 60 percent around the rest of the world.

The pandemic, however, has led to global declines in both residential and commercial construction. Industry experts expect production and revenue declines in construction for 2020. The U.S. sand and gravel mining industry was already in a downturn leading into the pandemic, declining 2.7 percent per year from 2015 to 2020. 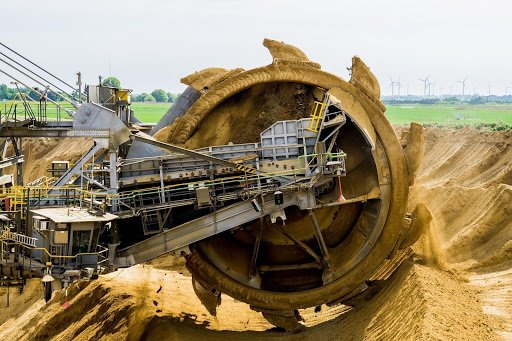 The logistics of raw materials such as sand and gravel for supply chains calls for local mining and minimal transport miles. Sand, gravel and crushed rock makes up about a third of all raw materials used in construction. The only more widely consumed natural resource is water.

Sand and gravel are heavily used in construction, but governments and industry leaders are now looking at scarcity as a fundamental issue moving forward. Concrete, which relies on sand, is often associated with the modern world, as it’s used to make highways, malls and airports. Major news sources such as the BBC and Forbes both reported in 2019 how a sand shortage is becoming evident. Leading aggregate material producers are working closely on devising a supply chain that is sustainable and supportive of the country’s construction needs.

Need help? We will contact you to discuss your equipment needs.